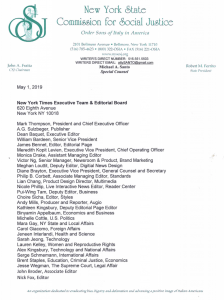 Click the image above to read the detailed letter to New York Times.